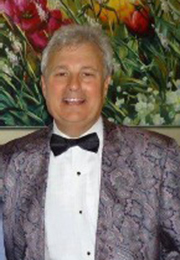 Manny Green leads the team of DJs at Manny Green Entertainment. Manny is known for his Fun interactive personality and his ability to constantly deliver a great time. Well known and respected as one of the top Disc Jockeys on the East Coast, his reputation has soared over the years as a direct result for exceeding his client’s needs. From posh galas in Washington DC, beachfront weddings in Hilton Head- even to the small intimate back yard wedding receptions here in Richmond- Manny Green always gives you and your guests 110%.

Over the years, he has shared the stage with Regis Philbin, Jerry Lee Lewis, Chubby Checker, James Brown, Kool & the Gang, The Four Tops, Martha Reeves & the Vandellas, Bruce Hornsby, Wolfman Jack, The Spiral Staircase, The Drifters, The Coasters and many more.